So one of my favorite Linux distributions, Pop!_OS, has released a new version, 20.10, and I've been using it since release day. Here are my thoughts.

It's based on Ubuntu 20.10 and comes with some cool new features. It's a Linux Distribution from a hardware vendor, but don't let that stop you. This is high-quality stuff, whether you own a System76 machine or not.

Before I go into what's new with Pop!_OS, why bother looking at in the first place? There are hundreds of Linux distributions out there, and many of them are great. What's so special about this one?

For me, there are three things I look for in a Linux distribution:

In other words, what everyone looks for in a Linux distribution. Since most any distribution can handle these things well, it's the "little things" that will set it apart. Here's what I like about Pop!_OS in particular: 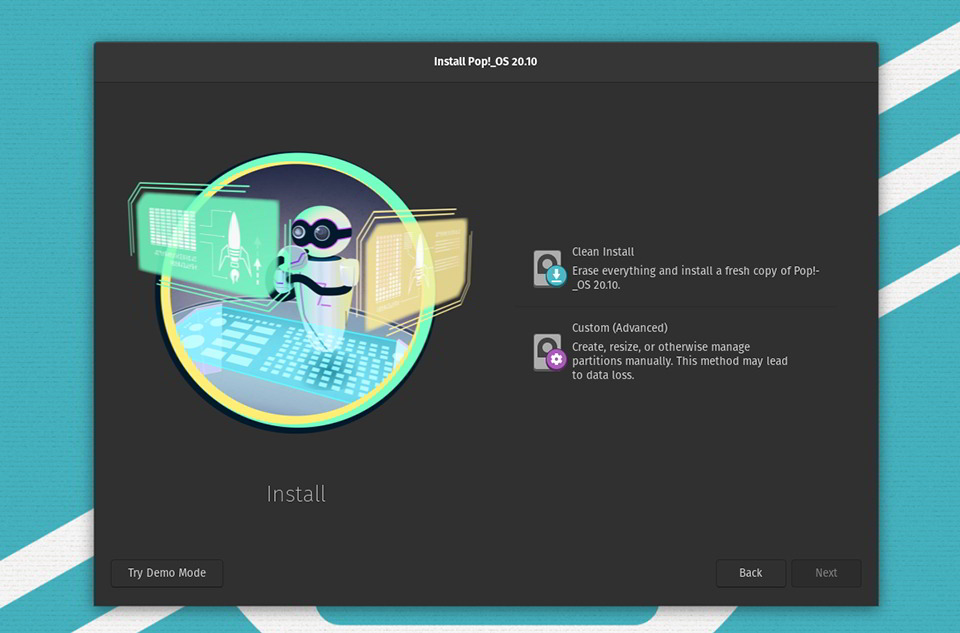 So I've been recommending this for new Linux users for about a year now because it's just as easy as Ubuntu or Mint for new users but so much cooler. 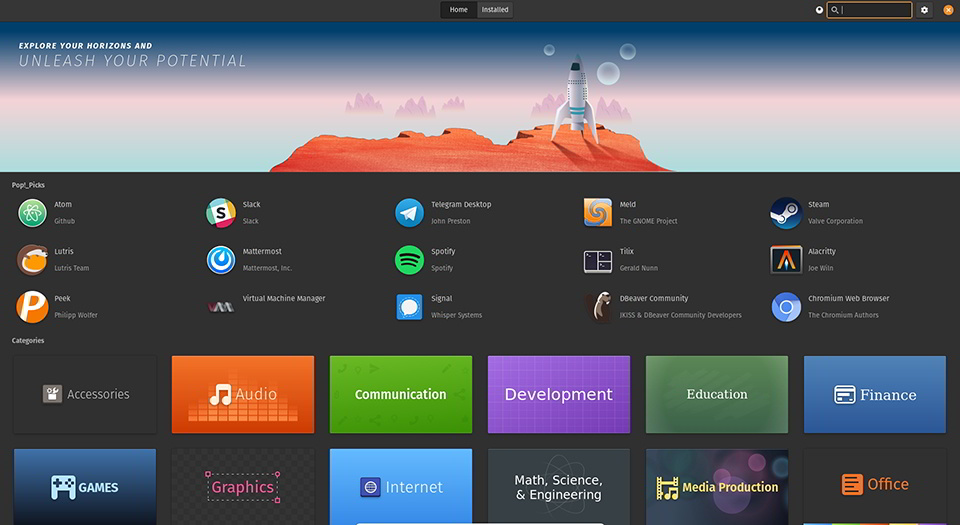 So if you're a die-hard Linux user, and you just want to use your machine without thinking much about it, Pop!_OS is great. You can zip through an easy install, update it, add your apps, and go. It stays out of your way and runs solid while you do your work. 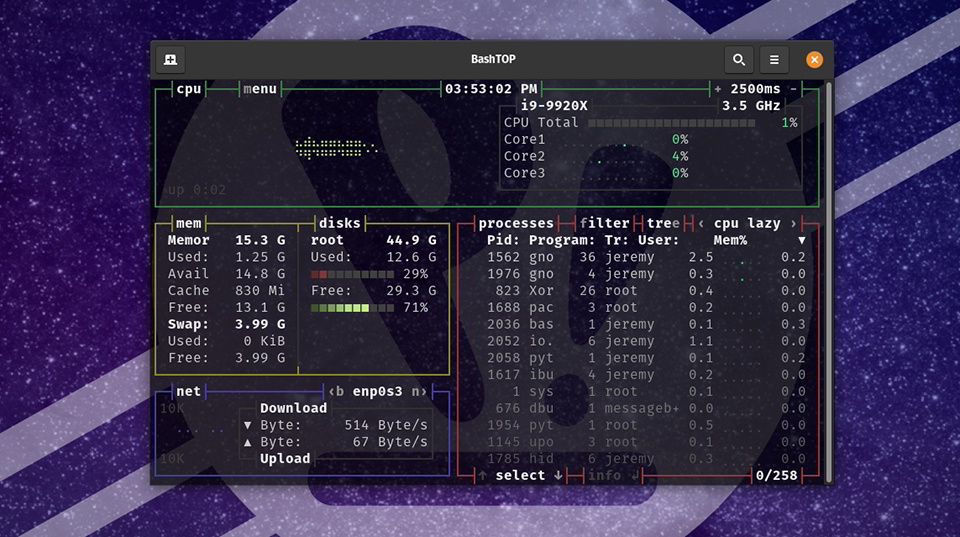 If you're a hardcore Linux user, remember under the covers this is essentially Ubuntu. Which means:

If you're into deeply optimizing your system, it starts a little fat. At least if you compare it to something like LFS, Gentoo, Arch, etc. But you can still strip this down and get it exactly how you want it while enjoying things like a great UI and solid updates.

So there's something for everyone with this distribution. The ease of use, slick UI, and solid underpinnings make this a solid choice for most people.

These are all great. It now supports the DEB822 Repository Format, which makes it easier to create, extend, and modify apt entries.

But the biggest change folks are talking about is Window Stacking. 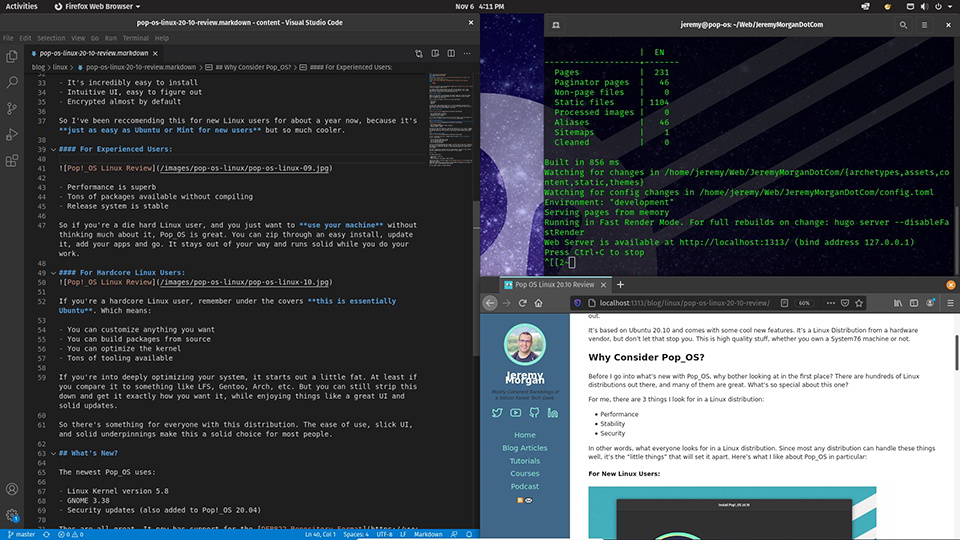 So this is something I've been looking for in Linux for a long, long time. I'm writing this article on a Pop!_OS 20.10 machine and using the window stacking, as shown in the picture above.

One of the things I love about the Windows 10 interface is the ability to tile windows and have them snap together while you're working. Window Stacking in Pop!_OS achieves this in a superb way, and you can even use Vim commands to control it.

Here's a great video showing how it works:

This is a big productivity booster. I've always struggled to find a great way to do this in Linux without using i3. This is a user-friendly, solid solution.

Pop!_OS 20.10 also supports fractional scaling, which I haven't used much, but it could be a great way to tweak your display precisely as you like.

20.10 isn't a ground-shaking release of Pop!_OS. It doesn't look drastically different, and there aren't a ton of mind-blowing features. However, there isn't a lot to add to this already excellent system right now. What they have chosen to add (Security updates, Window Stacking) made it worth upgrading for me.

The System76 team has put in hard work making this distribution awesome, and it shows. It's a highly polished, stable system. Even if you don't use System76 hardware. I'm committed to purchasing a System76 laptop on my next upgrade to support them and what they're doing.

So download the new Pop!_OS and check it out. You won't be sorry.

If you want to learn more about Linux, Pluralsight has an excellent Linux introduction course that will get you up and running in no time. I strongly suggest you check it out. If you would like a free trial, get a hold of me, and I will set you up!